What Is Nigella Sativa?

Nigella Sativa Extract, also known as Black Seed Extract, Black Seed Oil, Nigella Sativa Oil, Black Cumin, or Kalonji, is a seed extract that comes from a plant that is native to Southwestern Asia. Nigella Sativa seeds have been used for over 2000 years for their aroma and flavor in cuisines as well as their reported health benefit properties. In fact, archaeologists found black seeds in King Tut’s tomb and the Prophet Muhammad once touted black seed oil extract as a “cure for every disease except death.” While we now know that this statement is very much hyperbolic, many modern-day studies have since found that black seed oil extract does, in fact, contain many potential benefits for our overall health and cognition.

What are the Benefits of Black Seed Oil?

Traditionally, black seed oil extract has been used for pain relief support, digestive health, promoting healthy levels of inflammation, and skin health to name a few. In no particular order though, let’s take a deeper dive into some of the most profound benefits of this ancient seed from the Nigella Sativa plant.

What Does Acetylcholine Do For Our Bodies and Brain?

Thymoquinone from Black Seed Oil Extract and its Effects on Acetylcholine 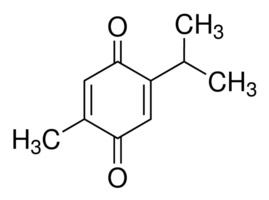 Furthermore, the thymoquinone content of black seed oil appears to be a non-selective histone deacetylase (HDAC) inhibitor. It has been theorized that inhibition of HDAC’s can lead to neuroplasticity. It is thought that this occurs by elevating brain derived neurotrophic factor (BDNF). BDNF acts on a receptor called the TrkB receptor and activation of this receptor sets into motion a large neuronal cascade that ends in enhancement of neuroplasticity. To read more about the effects of BDNF in relation to neuroplasticity, it is worth reading our 7,8-DHF blog which explains this in a more in depth manner. The net result however, is that both via cholinergic mechanisms and HDAC mechanisms, black seed oil can enhance overall neuroplasticity. This is would not be surprising as black seed oil supplements appears to lead to significant memory and mood support.

One study done on rats showed that 20 weeks of daily black seed supplement intake improved memory formation. In another study done on humans, 40 volunteers were recruited and divided into two groups, one group was given 500mg of black seed extract twice daily for 9 weeks, while the second group was given a placebo. After 9 weeks, the scores showed a significant difference in the black seed supplement group, with their scores in a logical memory test far exceeding the placebo group.

Black seeds from the Nigella Sativa plant not only increase Acetylcholine in the body, but due to it’s very high Thymoquinone content, it also allows for higher levels of GABA, a neurotransmitter well known for its ability to help calm, and improve cognitive function in individuals. Studies have shown that high levels of GABA were associated with higher IQ levels, as well as better cognitive performance. The manner is which thymoquinone increases GABAergic activity is still somewhat unknown, however, there is a theory that thymoquinone suppresses inducible nitric oxide (iNOS). iNOS produces cyclic guanosine monophosphate (cGMP) which suppresses GABAA receptors. Thus, by suppressing iNOS, black seed oil could potentially allow for more sensitive GABAA receptors. In addition to this, it has also been shown that thymoquinone simply enhances GABA levels. The combined effects of all of these mechanisms lead to a very calming effect, but one that does not lead to significant lethargy. 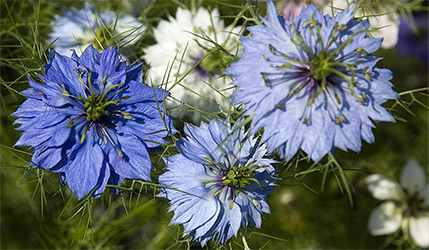 If you are somebody who loses their train of thought often, has a hard time staying focused, has difficulty remembering things, frequently loses belongings or has a hard time finding the right words during speech or writing, using a Nigella Sativa extract supplement to get an increase in Acetylcholine and GABA might be just what you’re looking for.

In a recent study, 50 obese women were divided into two groups. The first group was supplemented with Nigella Sativa extract, while the other group was supplemented with a placebo. Those in the Nigella Sativa group lost four times more weight than the women in the placebo group, despite having the same diet and exercise regimen. A difference of 8% body fat reduction vs 2%. Not only was this study done with women, but it was also done with men aged from 30-45. The results were also similar, with those in the Nigella Sativa supplement group having marked improvements in body weight and waist circumference.


This is most likely due to not only it’s phytosterols, but it’s high levels of oleic acid, a fatty acid that is commonly known to improve the rate at which your body burns fat. 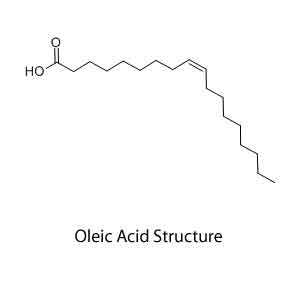 With more and more research surfacing that states the importance of digestive health for overall well-being, it’s vital to try to optimize your digestion in every way possible. Black seed extract has been shown to aid in digestion and soothe intestinal discomfort. The father of medicine, Hippocrates himself, used black seed oil as a solution for digestive troubles; and rightly so, as black seed helps to limit bacterial overgrowth in the gut like Candida or H. pylori. This promotes a healthier gut flora, which new research is showing might be the single most important factor for overall health.

In a world where we’re constantly exposed to toxins, it’s vital for the liver to function at its highest capacity. In a recent study, 70 patients with poor liver function were split into two groups. One group was given a placebo, while the other group was given 1 gram capsules of ground black seed extract powder twice per day. The participants were followed for 3 months, and were evaluated on their weight, BMI, and liver enzymes. After those 3 months, the group that used a black seed extract supplement showed vast improvements across all indicators. Body weight reduction and BMI reduction were shown to be entirely a product of black seed supplementation 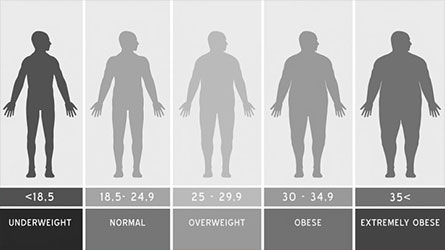 In a study done on 66 people with allergies, black seed was given in oil form for one month. All participants noticed a significant reduction of symptoms such as itching, sneezing, and nasal congestion. This study was also performed on 152 participants who also suffered from allergies, and they also noticed a reduction of symptoms at a dose of 40-80mg/kg of black seed oil a day. As shown by the evidence, there is a strong case for black seeds as a natural approach to allergy support. This may especially come in handy when the trees and flowers in your area decide to collectively release their pollen at the same time. For a lot of people, autumn can be tough due to persistent minor allergies. Nigella Sativa extract may help alleviate some of this discomfort.

In a 2014 study, 48 healthy males aged from 14-17 were split into two groups. One group was given 500mg of black seed extract in capsule form, while the other was given a placebo. Each participant was instructed to take each one capsule daily for four weeks. Over the 4 week study period, the use of black seed extract as a nutritional supplement proved to support mood, relaxation, and cognition. This is once again due to its effects on the GABAergic system.


The Differences Between Nigella Sativa Powder vs. Oil 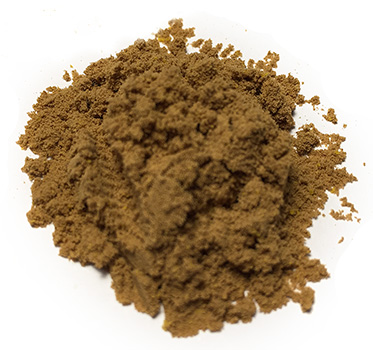 
As more and more studies start so surface, it becomes quite apparent that this ancient seed from the Nigella sativa plant may have a profound impact on your health and well being. Through the support of cognitive function, liver health, digestive health, and metabolic function; it is definitely making a case for quite a strong supplement for overall health.

Black seed extract consumption is generally recognized as safe, as after all, it has been consumed for over 2000 years!

What is Hijama? Hijama (Cupping) Therapy originated around 5000 years ago. Greek, Arab, Indian, Chinese, Turkish and...